Questions: Questions about the assignment should be asked on Piazza:

A state of the Lunar Lockout puzzle. The red piece is a ’rover’ (or ’xanadu’), and the other pieces are ’helper robots’. The goal is to guide the ’rover’ pieces into the escape hatch at the center of the board.

If you have a question of a personal nature, please email the A1 TA, Randy, at rhickey@cs.toronto.edu or

a course instructor. Make sure to place [CSC384] and A1 in the subject line of your message.

The goal of this assignment will be to implement a working solver for the puzzle game Lunar Lockout shown in Figure 1. Lunar Lockout is a puzzle game that is played on an NxN board. The game requires ’helper robots’ to guide ’rovers’ (also called ’xanadus’) into an escape hatch that is located at the center of the board. The rules hold that pieces (i.e. helper bots and rovers) must move one at a time in a straight line; they may not move diagonally. Pieces also cannot move through one another. Moreover, each piece may only move in the direction of a second piece, and it must move until it collides with the second piece and comes to a stop. Moves may sometimes take pieces directly across the escape hatch or result in a robot blocking the escape hatch (i.e. occupying the same square as the escape hatch). A rover cannot exit the escape hatch unless in lands directly atop it.

The game is over when all rovers have successfully made it through the escape hatch.

You can watch a video of Lunar Lockout game-play on YouTube, at https://www.youtube.com/watch?v=2BxPr55buhM. Our version of Lunar Lockout is slightly more complicated, however, as there may be more than one rover that needs to be guided to the escape hatch,

there can be an arbitrary number of helper robots, and the size of the board may be larger than 5x5.

squares in the y-dimension. The dimension N is always odd.

From each state, each robot and each rover can move North, South, East, or West, but only if there is a second robot or rover that lies in that direction. When a robot or rover moves, it must move all the way to the second piece until the pieces collide. For example, if a robot located at position (4, 0)

Ideally, we will want our rovers to exit the escape hatch before they deplete our internal oxygen supplies. This means that with each problem instance, you will be given a computation time constraint. You must attempt to provide some legal solution to the problem (i.e. a plan) within this time constraint. Better plans will be plans that are shorter, i.e. that require fewer operations to complete.

Your goal is to implement an anytime algorithm for this problem: one that generates better solutions (i.e. shorter plans) the more computation time it is given.

The file search.py, which is available from the website, provides a generic search engine framework and code to perform several different search routines. This code will serve as a base for your Lunar Lockout solver. A brief description of the functionality of search.py follows. The code itself is documented and worth reading.

An object of class StateSpace represents a node in the state space of a generic search problem. The base class defines a fixed interface that is used by the SearchEngine class to perform search in that state space.

An object of class SearchEngine se runs the search procedure. A SearchEngine object is initialized with a search strategy (‘depth first’, ‘breadth first’, ‘best first’, ‘a star’, or ‘custom’) and a cycle checking level (‘none’, ‘path’, or ‘full’).

When a SearchEngine’s search strategy is set to ‘custom’, you will have to specify the way that f values of nodes are calculated; these values will structure the order of the nodes that are expanded during your search.

Once a SearchEngine object has been instantiated, you can set up a specific search with:

and execute that search with:

The arguments are as follows:

state (e.g. a gval). The function also takes in a float weight. It will use the variables that are provided to arrive at an f value calculation for the state contained in the sNode.

For this assignment we have also provided lunarlockout.py, which specializes StateSpace for the Lunar Lockout problem. You will therefore not need to encode representations of Lunar Lockout states or the successor function for Lunar Lockout! These have been provided to you so that you can focus on implementing good search heuristics and an anytime algorithm. 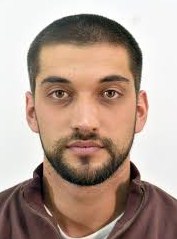